The Montgomery GI Bill (MGIB) went into effect in 1984, replacing the original Servicemen Readjustment Act of 1944. The bill mandated two major programs, one for active duty service members (MGIB-AD) and one for members in the selected reserve (MGIB-SR). Under both programs, honorably discharged veterans were eligible to receive up to 36 months of education benefits, which they received directly. However, the level of financial aid was based on the individual's financial contribution to the program, among other criteria. Typically, service members had 10 years after discharge to claim their benefits.


Compared to the previous versions of the GI Bill, the Post-9/11 Veterans Educational Assistance Act provides significantly more generous post-secondary educational benefits to veterans and, in some cases, spouses and dependents of veterans and members of the armed forces. Unlike benefits under the Montgomery GI Bill, the VA makes payments for tuition and fees directly to institutions of higher education on behalf of eligible veterans, necessitating new systems to exchange information with, and make payments to, institutions. The program became operational on August 1, 2009 and was replaced by the Forever Post-9/11 GI Bill in August 2017.


On August 17, 2017, President Trump signed the Harry W. Colmery Veterans Educational Assistance Act, also known as the Forever Post-9/11 GI Bill, into law. This legislation updated the previous version of the bill by lifting the 15-year time limit for veterans to use their benefits. The new legislation also offers an additional year of benefit eligibility to students pursuing STEM degrees, expands benefit eligibility to members of the National Guard, and grants full eligibility to Purple Heart recipients, regardless of their time served. Further, the Department of Veterans Affairs reporting fee—a per-veteran payment issued to schools to help cover GI Bill certifications—increased to $16 per student.

NACUBO has monitored and worked on changes to these programs that affect college and university business officers. Members are encouraged to join NACUBO's VA Processes eGroup. This community, similar to a listserv, allows members to share questions, issues, concerns, and success stories related to administering VA programs.

Interested NACUBO members are encouraged to join NACUBO's VA Processes eGroup. See our list of eGroup communities by clicking the button below. 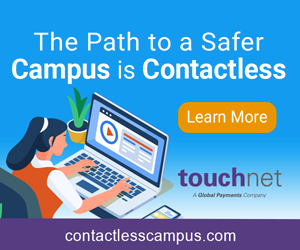 Content related to Student Financial Services (SFS) that falls under the umbrella of Department of Education regulations.