During its weekly telephone town halls, NACUBO is asking its members to respond to flash polls on emerging topics of concern to business officers in light of COVID-19. Results are collected during the telephone town hall and through the week.

NACUBO’s May 26th flash poll focused on liquidity concerns colleges and universities may be facing given the financial strain caused by responding to the COVID-19 pandemic. The poll results indicate that the majority of participating institutions are somewhat concerned about their liquidity outlook through December 31, 2020. Forty-three institutions reported experiencing increased liquidity issues due to the pandemic. However, of schools without liquidity concerns, 41 institutions reported having a strong cash position and 35 institutions indicated that they have used or plan to use reserves to handle their cash needs. The majority of respondents remain concerned or extremely concerned about enrollment, the loss of auxiliary revenue, and the future.

The open-ended responses reflected differences between the public and private nonprofit sectors, just as the data demonstrates below. One small private colleges stated, "liquidity is directly tied to enrollment and impact to both summer and fall enrollment can swing this dramatically." While a midsize public college reported, "as a public state institution, actual liquidity is not an issue as state issues all payments including payroll." Additionally, many public colleges do not carry lines of credit. 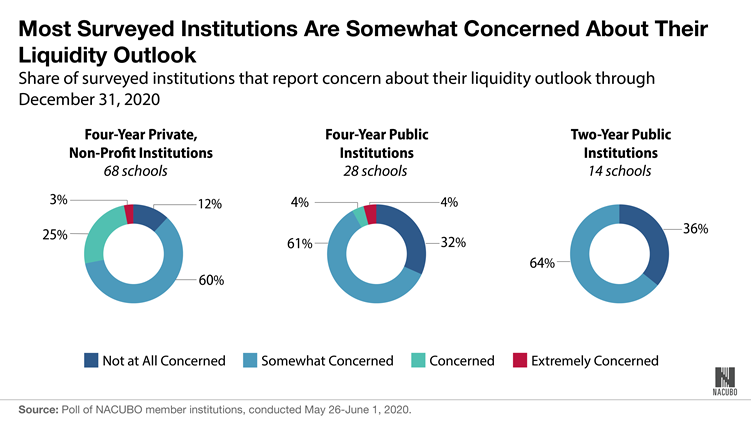 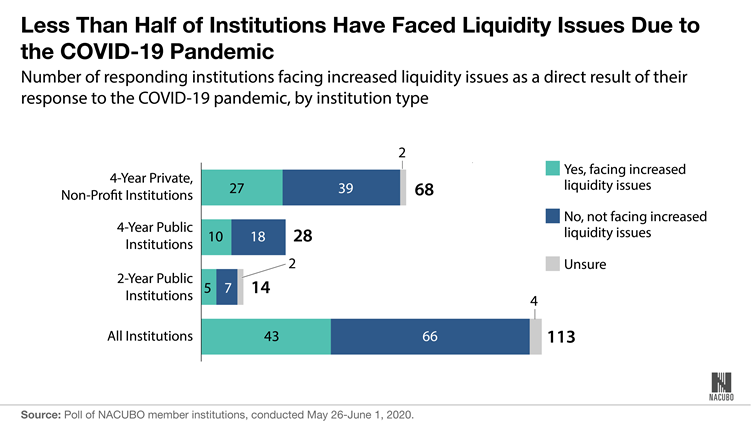 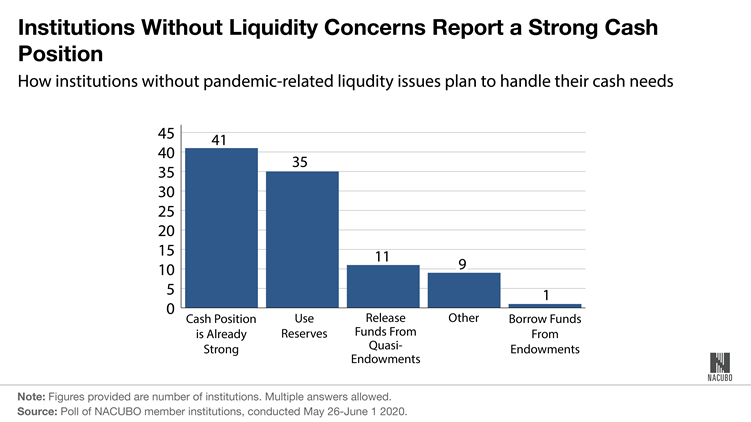 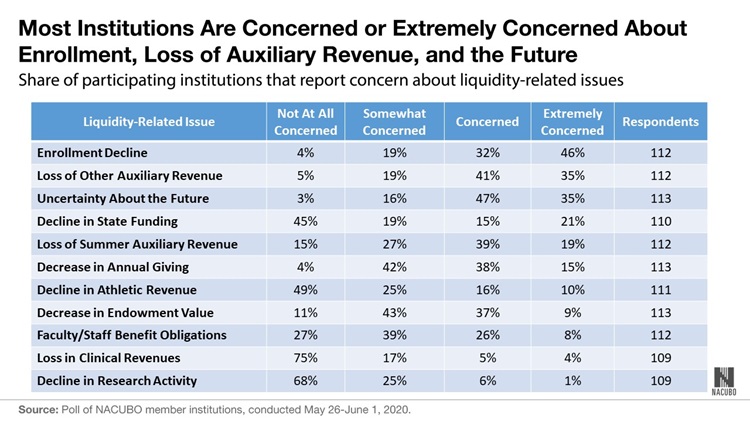 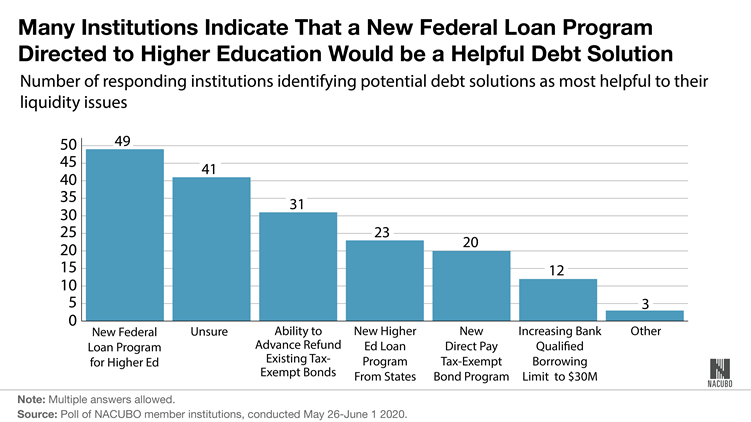 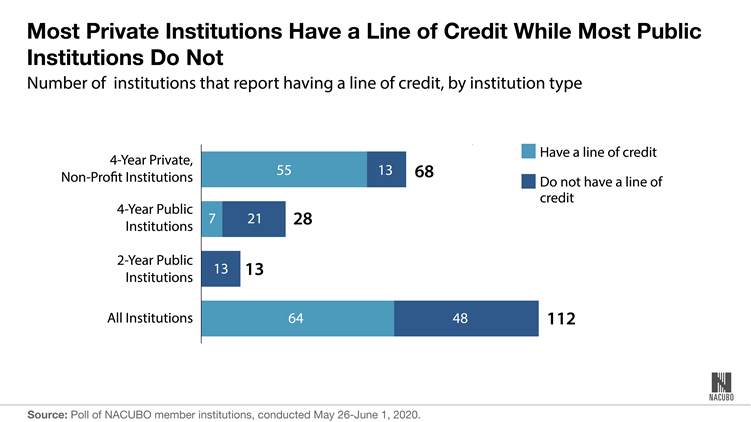 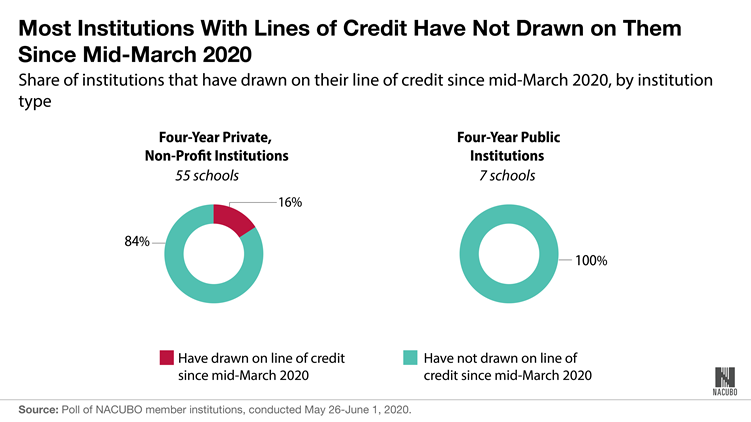 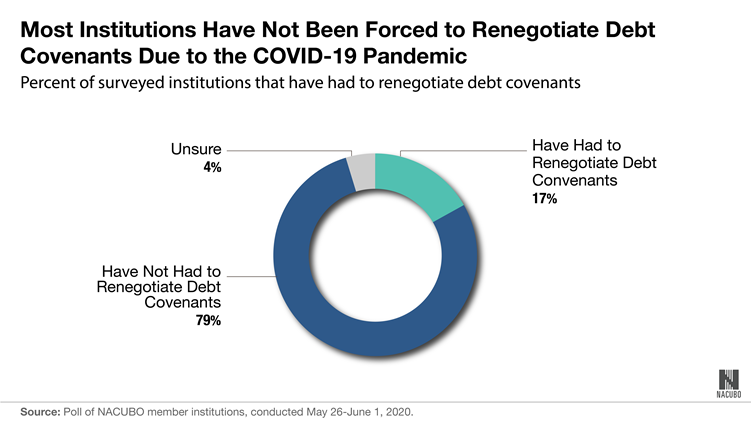 The latest information for college and university business administrators.

NACUBO’s April 28 flash poll focused on admissions and enrollment to examine the steps institutions of higher education are taking in response to the current circumstances.

Senate Republicans have said it’s too soon for another large COVID-19 relief bill, and other pressures stall lawmaker negotiations.