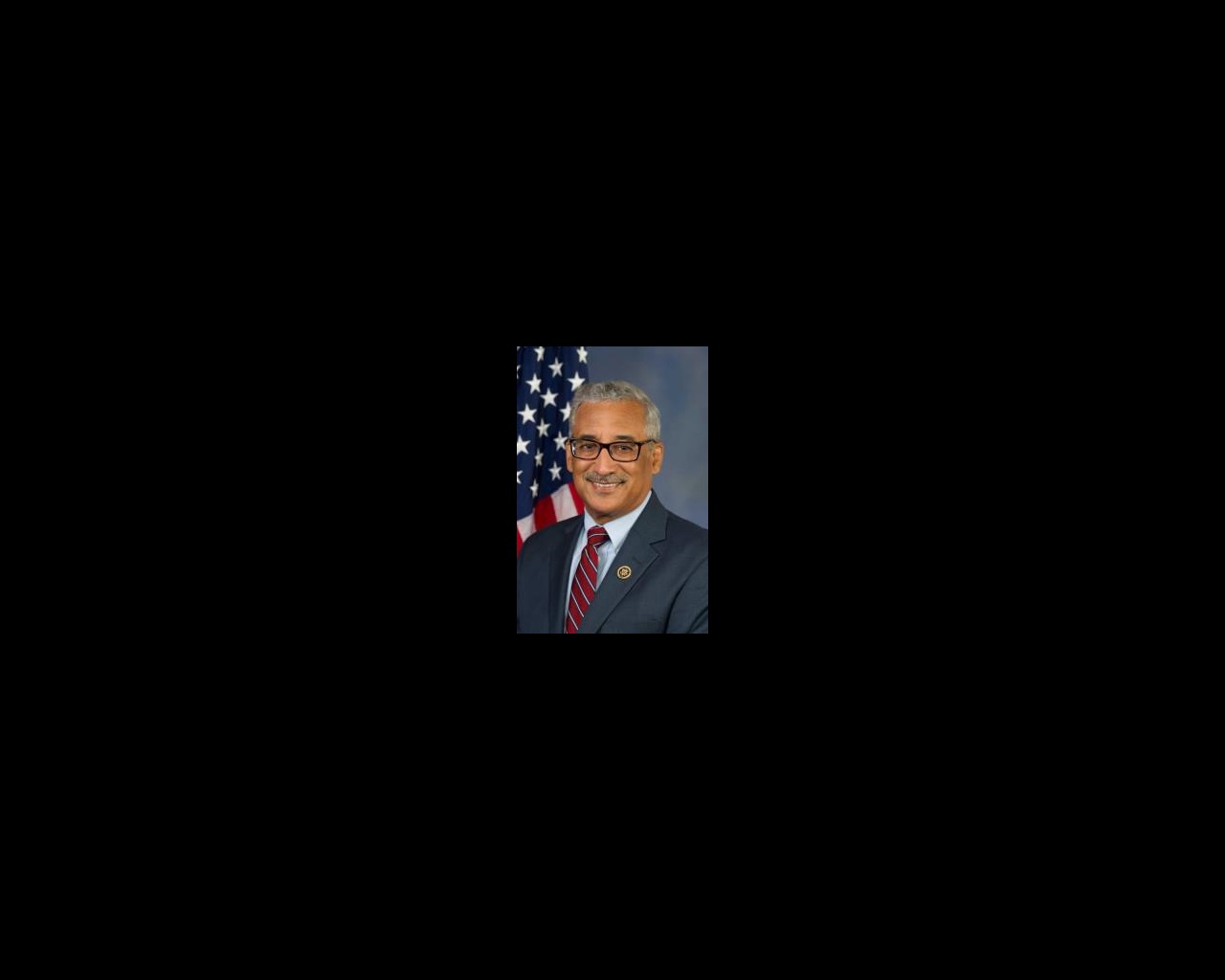 Congressman Robert C. "Bobby" Scott has represented Virginia’s third congressional district in the U.S. House of Representatives since 1993. Prior to his service in Congress, he served in the Virginia House of Delegates from 1978 to 1983 and in the Senate of Virginia from 1983 to 1993.

Congressman Scott has the distinction of being the first African-American elected to Congress from the Commonwealth of Virginia since Reconstruction and only the second African-American elected to Congress in Virginia’s history. Having a maternal grandfather of Filipino ancestry also gives him the distinction of being the first American with Filipino ancestry to serve as a voting member of Congress.

Congressman Scott currently serves as the Chairman of the Committee on Education and Labor. In this capacity, he is advancing an agenda that improves equity in education, frees students from the burdens of crippling debt, protects and expands access to affordable health care, ensures workers have a safe workplace where they can earn a living wage free from discrimination, and guarantees seniors have a secure and dignified retirement.

From 2015-2018, he served as the ranking member of what was then called the Committee on Education and the Workforce and developed a strong record of working across the aisle to pass critical legislation. In 2015, he was one of the four primary authors of the Every Student Succeeds Act, which reauthorized the Elementary and Secondary Education Act for the first time in 13 years and replaced the No Child Left Behind Act. Additionally, in 2017, he worked to secure passage of legislation to reform and update our nation’s career and technical education system, as well as the juvenile justice system in 2018, which were both signed into law by President Donald Trump. The latter legislation, the Juvenile Justice Reform Act, contained core tenets of Congressman Scott’s Youth Prison Reduction through Opportunities, Mentoring, Intervention, Support, and Education (Youth PROMISE) Act, which he had introduced in every Congress since 2007.

As a part of his effort to provide universal health care for all, prior to the passage of the Affordable Care Act, Congressman Scott sponsored the All Healthy Children Act, which sought to ensure that millions of uninsured children in the United States have access to a comprehensive set of health care services.

Congressman Scott also serves on the Committee on the Budget where he is a leading voice on fiscal policy and reducing the deficit. He was an ardent opponent of the 2001 and 2003 Bush-era tax cuts that were skewed towards the wealthiest Americans and contributed trillions to the national debt. He opposed the 2008 taxpayer-funded bailout of Wall Street, the 2013 Fiscal Cliff deal that permanently extended most of the Bush-era tax cuts, and President Trump’s Tax Cuts and Jobs Act of 2017.

Congressman Scott is also a recognized champion of the U.S. Constitution and the Bill of Rights, and he has fought to protect the rights and civil liberties of all Americans. In 1997, he protected the right of all children with disabilities to obtain a free and appropriate education under the Individuals with Disabilities Education Act (IDEA) by leading a successful effort to defeat amendments aimed at curtailing that right for some children. Congressman Scott also actively opposed passage of the USA PATRIOT Act and has been a leading critic of both Republican and Democratic Administrations' misuse of surveillance authorities. He is also a leading opponent in Congress of efforts to permit employment discrimination in federally funded programs.

As the former Chairman and Ranking Member of the Subcommittee on Crime, Terrorism, and Homeland Security on the Committee on the Judiciary, Congressman Scott is also a leading advocate for reforming our nation’s broken criminal justice system. Congressman Scott sponsored the Death in Custody Reporting Act, which was originally signed into law by President Bill Clinton in 2000 and its subsequent reauthorization was signed into law by President Barack Obama in 2014. The law requires state and local law enforcement agencies to report to the U.S. Department of Justice how many individuals die each year while in the custody of law enforcement or during the course of an arrest. In 2010, Congressman Scott successfully led efforts in the House to pass the Fair Sentencing Act, one of the first successful reductions in a mandatory minimum sentence in decades. The law reduced the unfair sentencing disparity between crack and powder cocaine.

In 2015, Congressman Scott and Congressman Jim Sensenbrenner (R-WI) co-authored the Safe, Accountable, Fair, and Effective (SAFE) Justice Act, which has been recognized as one of the most comprehensive criminal justice reform bills in a generation and attracted significant support from across the political spectrum. Several provisions of the SAFE Justice Act, including retroactive application of the Fair Sentencing Act of 2010 and a fix to how “good time” credits for prisoners are calculated, were included in the First Step Act, a sentencing and prison reform bill signed into law by President Trump in December 2018.

Congressman Scott is also a strong supporter of our nation's military readiness as well as our troops and their safety. In 2007, he introduced the House version of Senator Jim Webb’s Post-9/11 G.I. Bill, which was signed into law by President George W. Bush in 2008 and has been cited as the largest expansion of veteran education benefits since World War II. As a member of the Congressional Shipbuilding Caucus, Congressman Scott is a leading advocate for shipbuilding, our shipbuilders, and our men and women in uniform.

An Intensified Focus on Advancing Resiliency, Managing Risks, and Transforming

Access this video series to help you begin exploring opportunities for transformation through collaboration.

The Need for Diversity in Investments

In an interview with NACUBO, Celena Aponte of the Nasdaq Entrepreneurial Center discusses some of the barriers to, and ultimate benefits from, increasing diversity in investments and fund managers.

Investing in the Power of People